Looking for the top 100 Primary School Books that children should read? The TES and the National Association for the Teaching of English ran a survey to find teachers’ top 100 fiction books all children should read before leaving primary school. Here are the results. 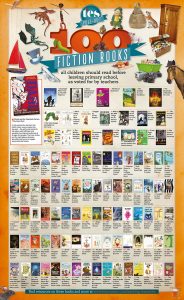 View a large image of the poster.

Number of items in basket: 0